World Customize Creator (ワールド・カスタマイズ・クリエーター, Wārudo kasutamaizu kuriētā) is a Japanese light novel series written by Hero, Tennki and Illustrate by Kyouka, Hatori. The light novel series was adapted into a manga series with illustrations by Hijikata, Yuu and serialized by AlphaPolis Web Manga, with 8 volumes released as of December 6, 2013 and end to March 5, 2021.

The long-awaited book of super cheat fantasy that has gained popularity on the Internet!

One day, Yusuke Tagami, an ordinary gamer youth who was suddenly summoned to a different world and became a "disaster evil god". While living with the people I met there, the complex political situation of another world gradually became clear-weapon strengthening, terrain change, taste manipulation ... With the super cheat performance of everything as a weapon, a chaotic young man Bringing a revolution to the world! ??

"“How cruel can you be to view people as cattle?”" ― Tagami Yusuke

Yusuke Tagami has been summoned to another world by being guided by a mysterious voice, "Caltsio." He was just a young, video-game lover, but Fate decided to make him become the "Evil God of Calamity" of this world, obtaining the ability to create and customize everything. Due to the construction of the Deernook Fortress and the exemplary service during the Paula incident, Yusuke’s request for permission to construct a residence in the noble’s district was approved without any issues.

Yusuke started a new life as the captain of the "Dark God Corps" who reports directly to the princess, buying the "Customize Create" ability to customize everything. However, the troops suddenly fall into a pinch after being attacked by an enemy at the scene of his first mission! After witnessing the cruel tactics of the enemy, Yusuke finally decided to use his abilities in battle !! As the captain of the "Dark God Corps" in the Kingdom of Foncrank, he marches on the fortified city of Paula in response to the civil war in the neighboring country, Bull Garden. At the very moment when the end of the battle is opened, an army corps of unknown affiliation invades the battlefield. They were led by the king of Gazetta, the kingdom of unskilled people. That man was Shinha, an unskilled warrior with whom Yusuke once made a friendship.

Yusuke Tagami, who was summoned to another world as the "evil god of disaster," learns of the existence of a nation that seems to be the mastermind behind the massacre of unskilled people after fighting with King Shinha. And, while the politics and speculations of each country are mixed, the behavior of caring for Yusuke's people accelerates his destiny as an "evil god." The fate of the "evil god" or the movement of Yusuke will cause the historic power to perish. As the aftermath spreads to various places, the damage caused by "demon beasts" increased.

The demon beast that invalidates the god skill brings disaster to the whole of another world ...!? Yusuke and others have started to block the demon beast's research facility after twists and turns. However, an unexpected force enters there and the situation shows rapid development! In response to a request for help from a neighboring country, he heads for the investigation and defense of the port town that connects the borders, where he encounters the young head of the underground organization "Wind Blade" and succeeds in detaining himself. However, the runaway of the organization trying to overthrow the nation has already reached a point where it cannot be stopped ...! Yusuke's "Customize Create" shows its true value in a battlefield where various speculations are mixed up!

Following his royal order and calming the turmoil of his neighbor Trentrietta, he further enhances his reputation as a hero. However, it led to an assassination plan by a nobleman who was in the way of him. Assassination plan, demon beast turmoil, disparity due to divine skills ... Overcome many trials that fall and lead a different world to peace!

He isn't a very sociable person in the beginning but over time as he met the people of Kaltcio he's become more open and friendly, making friends with many of it's inhabitants. Helping those who are Artless to defend themselves, customizing just about anything to fit someones needs. A quick thinker, and great strategist seemingly able to instantly devise plans and strategies on an impulse based on what he can customize around him. He also seems very focused on his goals and tasks as he states he has no time for women in chapter 33.

Being Transferred to unfamiliar world. Yusuke Tagami has been given a strange ability that able to customized every thing. He have knowledge of modern world, and able to apply in the new world Yusuke is pretty weak for a man in this world, doesn't have training nether nor martial arts to protect himself. But he have very tactical in combat able to observe certain problem and figure out. 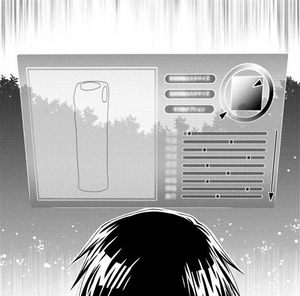 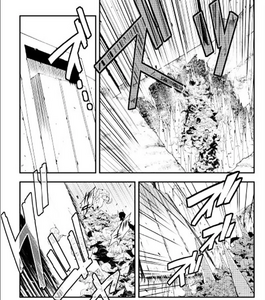 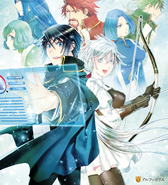 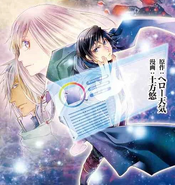 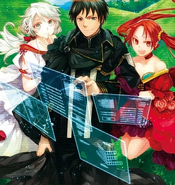