The Saga of Tanya the Evil

The Saga of Tanya the Evil, known in Japan as Yōjo Senki (幼女戦記, literally "The Military Chronicles of a Little Girl"), is a Japanese light novel series written by Carlo Zen and illustrated by Shinobu Shinotsuki. Enterbrain has published nine volumes since October 31, 2013.

A manga adaptation with art by Chika Tōjō began serialization in Kadokawa Shoten's Comp Ace magazine from April 26, 2016. An anime television series adaptation by NUT aired from January 6, 2017 to March 31, 2017. A theatrical film taking place after the events of the TV anime series will premiere on February 8, 2019.

On the front line of the war, there's a little girl. Blond hair, blue eyes and porcelain white skin, she commands the army with lisping voice. Her name is Tanya Degurechaff. But in reality, she is one of Japan's most elite salarymen, reborn as a little girl after angering a mysterious being X who calls himself "God." And this little girl, who prioritize over anything else efficiency and her own career, will become the most dangerous being amongst the sorcerers of the imperial army...

The web novel was initially serialized by Carlo Zen on the the web novel hosting website Arcadia.

The novels are written by Carlo Zen and illustrated by Shinobu Shinotsuki. It was initially serialized on the web novel hosting website Arcadia, before Enterbrain's acquisition. The first volume was released on October 31, 2013, and as of January 12, 2018, ten volumes have been released. A drama CD was released with the third volume.

An anime television series adaptation by NUT aired from January 6, 2017[34][35] to March 31, 2017. Crunchyroll has licensed the series in North America.[36] The opening theme is "JINGO JUNGLE" by Myth & Roid and the ending theme is "Los! Los! Los!" by Aoi Yūki as Tanya Degurechaff.

An anime film based on the franchise was announced in January 2018. The film will see a number of the staff and cast of the television series reprise their roles, and will be a direct sequel to the series.[38] The film will premiere on February 8, 2019. 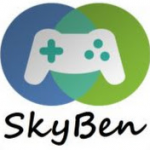