Shinichi Kanou is a young secluded otaku who is offered a job thanks to his vast knowledge of anime, manga, and video games. However, just after meeting his new employer, he is kidnapped, awakening in an alternate world with a fantasy setup. Shinichi is then informed that he was in fact selected by the Japanese government to help improve his country's relations with this new world by establishing a company to spread the unique products of the Japanese culture to this new, unexplored market.

Outbreak Company is a light novel series written by Ichiro Sakaki, with illustrations by Yūgen. Kodansha published 18 volumes from December 2, 2011 to August 2, 2017 under their Kodansha Ranobe Bunko imprint. The novels are published in Taiwan by Sharp Point Press. North American online light novel publisher J-Novel Club have licensed the series.

A manga adaptation, illustrated by Kiri Kajiya, was serialized in Kodansha's Good! Afternoon magazine between November 7, 2012, and November 7, 2014. Kodansha published the series in four tankōbon volumes from September 2, 2013 to January 7, 2015.

An anime television series adaptation, produced by Feel and directed by Kei Oikawa, aired from October 3 to December 19, 2013, on TBS and later on MBS, CBC, and BS-TBS. The anime was simulcasted in North America by Crunchyroll. The opening theme is "Univer Page" (ユニバーページ Yunibā Pēji) by Suzuko Mimori and the ending theme is "Watashi no Hōsekibako" (私の宝石箱) by Mai Fuchigami. Sentai Filmworks acquired the anime series for streaming and home video release, later releasing it on Blu-ray and DVD on March 3, 2015. 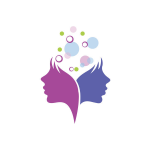