View source
This article is a stub. You can help Isekai Wiki by expanding it.

The manga has been serialized in Kadokawa Shoten's Monthly Shōnen Acemanga magazine since November 2016. 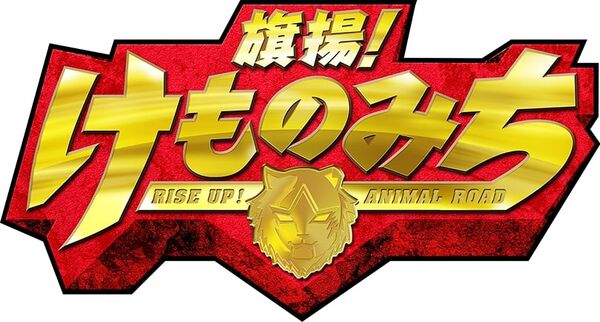 Genzo Shibata , also known as " Kemono Mask", a masked professional wrestler who likes beasts , is suddenly summoned to another world before the start of the game (in the middle of the game in the anime version). Genzo is asked by the princess shrine maiden to "defeat the Demon King and the Demon Beast." However, Genzo, who was angry at being asked to exterminate the beast, escaped from the castle with a German Suplex by the princess.

Saved the wolf beast girl Sigre from debt collectors in the city, saved money as a "demon beast hunter" who can tame without killing the demon beast, and opened the pet shop "Kemo no Michi" which has been a long-cherished desire since the wrestler era. (In the anime version, the fund-raising stage before the store opens). However, in a different world, there is no pet culture, and because the pets with Genzo are not let go, the store is in a state where old birds are singing.

At such a pet shop "Kemo no Michi" that continues to be in the red, Hanako , a big-eating dragon girl, is hired as a clerk as a salary, and her vampire Carmilla is also present as a follower, and every day is noisy and covered with beasts. Is unfolded.

Another work by Natsume Akatsuki, Blessed in this wonderful world! The reason for this work was that KADOKAWA sent a request to serialize the manga at the time when the first period of the TV anime was being broadcast.

First of all, after reading the plot and simple character settings, I drew a rough design of Genzo, Sigre, and Hiroyuki, and then based on the content discussed by the four people, I brushed the character design including Hanako and Carmilla. The up was done.

At all, Akatsuki respected the intentions of the person in charge of drawing, so he asked only the important settings in advance, and after that, he consulted with Yumeuta and the editor in charge to confirm the contents of the design. In response to an interview with, he recalls that there were few requests for improvement .

Also, in the first episode, the scene where Chemoner Mask set German Suplex on Altena was prepared from the stage of plotting. Akatsuki replied in an interview that this happened as a result of preparing a sex appeal scene because he got a color page at the beginning of the first episode about the background of introducing this scene.

From October to December 2019, at AT-X and others, " Flag! It was broadcast under the title of " Kemono Michi " (Kemono Michi: Rise Up). After each episode was broadcast, a mini-corner "This Week's Kemo no Michi" was broadcast and distributed on the same station, AbemaTV , and YouTube by Super Sasadango Machine and DDT Pro-Wrestling players.

In making the animation, the elements of the original animation such as talking about the story before the opening of the pet shop and strengthening the professional wrestling color are becoming larger  .

An anime adaptation was announced by Kadokawa Shoten's Monthly Shōnen Ace magazine on January 18, 2019. It was later announced that the adaptation would be a television series titled Kemono Michi: Rise Up (旗揚！けものみち, Hataage! Kemonomichi, translation: "Launching business! animal trail"), with animation by ENGI. The series was directed by Kazuya Miura, with Touko Machida handling the series composition, and Tomoka Noumi designing the characters. It aired from October 2 to December 18, 2019 on AT-X, Tokyo MX, TVA, KBS, SUN, and BS11. It was also streamed on AbemaTV. NoB and Katsuyuki Konishi performed the series' opening theme song "Fight! Kemona Mask" (！ケモナーマスク), while Momosumomosu performed the series' ending theme song "Anecdote" (アネクドット). Funimation has licensed the series for a SimulDub.

Genzo Shibata (柴田 源蔵 Shibata Genzō), aka the Animal Mask (ケモナーマスク Kemonā Masuku), is one of the main characters of Kemono Michi series. He is a professional wrestler who dreamed of opening his own pet shop.

As a professional wrestler, Genzo is a tall and very muscular man. In his Kemona Mask persona, his ring atire consisted of spandex shorts, a cape, laced up boots, and a dog mask.

Despite finding great success as a wrestler, Genzo's real dream was to open a pet shop so he could share with the world the joy of living with animals. Genzo's love of animals is so great that even suggesting harm to one is enough to be on the receiving end of one of his many wrestling moves.

A masked professional wrestler who loves beasts and is active under the ring name of "Kemono Mask". His specialty is German Suplex. He loves kemono regardless of gender or race, and wants to spread the wonder of kemono to many people. Although his usual behavior is a good young man full of fighting spirit, his obsession with beasts is overwhelming, and the unicorn who happened to be there from Sigre who was bathing naked, including the treatment for the demon beast hunter described later. As soon as a beast is involved, such as paying attention to the person, it goes out of control. He is intolerant and unforgiving, especially to those who hurt the beast, and tries to discipline him thoroughly no matter who he is. He also has a strong commitment to professional wrestling, though not as much as his love for beasts, and often shows his pride and policy-based behavior as a wrestler. On the other hand, he is cold and reluctant to do things that do not involve kemono.

Before the start of the match in the original world (during the match with MAO in the anime version), he was suddenly summoned as a hero to another world (castle of the Kingdom of Edgard, during the summoning ), and the beastmen and half-beastmen who exist there. Become aware of the demon beast as a beast and love it. He has a high fighting ability such as fighting with a race with superhuman strength more than equal, but he does not kill monsters due to his propensity and interferes with hunters who hunt monsters, so he is a floating existence in the monster hunter union. It has become. He hates the nickname for killing monsters because he easily controls them , and mercilessly sanctions those who call him. 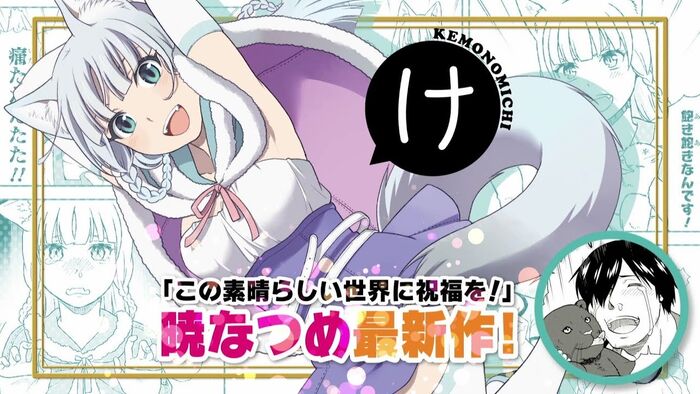