Accomplishments of the Duke's Daughter

Accomplishments of the Duke's Daughter

Accomplishments of the Duke's Daughter (公爵令嬢の嗜み, Kōshaku Reijō no Tashinami) is a Japanese isekai light novel series written by Reia, featuring artwork by Futaba Hazuki. The series was initially self-published on Shōsetsuka ni Narō starting on February 7, 2015 and Fujimi Shobo began publishing a light novel version in November of the same year. The web novelization ended on September 3, 2017 and the final light novel was released in December 2018. A manga adaptation by the same name was released through Young Ace UP, the free web comic magazine of Young Ace, starting on December 22, 2015 and is currently being released in English by Seven Seas Entertainment.

The author has released several spin-off series as web novels

A young Japanese office lady is killed in a vehicular accident. After losing consciousness, she awakens in another world in the body of Iris, the antagonist of an otome game she had been playing before her demise. To her shock, she discovers that she has reincarnated at the exact moment where Iris' former fiancé, Prince Edward, confronts her in front of the entire school over her bullying of Yuri, the illegitimate daughter of a baron and the game's heroine. Thinking fast, Iris manages to leave the school with her dignity intact and upon returning home, is also able to avoid being sent to a nunnery, the fate of the original Iris. Impressed by her rational thinking, Iris's father Duke Louis de Armelia leaves her in control of the Armelia fief in place of her brother Bern, who is one of Edward's supporters and is also in love with Yuri.

As the series progresses, Iris uses her previous life's knowledge to bring about major, positive changes to her fief and the kingdom, such as the concept of banking and schooling for commoners who would otherwise not receive education. She also introduces commercial products that had not previously existed or were only available in a crude form, such as chocolate and cosmetics, going so far as to start her own successful corporation. This brings both positive and negative attention to Iris, her family, and the fief, especially as it angers Prince Edward, who wanted her to be severely punished. It's also shown that Iris was not responsible for all of the bullying claimed by Yuri, as she had only spread rumors and made negative comments, and that Iris was a far kinder person than the one portrayed in the game's storyline. Furthermore, Yuri's personality is shown to possibly be a facade. It is also hinted that she is a foreign spy sent to disrupt the kingdom and that she is purposefully draining the kingdom's finances via Edward under the guise of charity in order to weaken it against an impending invasion.

Iris finds herself and her family stuck in the middle of a succession crisis over the throne, as there is a vocal faction of people who support Edward's older brother Alfred, who is reported to be traveling to gain more support as well as to avoid assassination by his stepmother, the mother of Edward.

Accomplishments of the Duke's Daughter was initially self-published through the novel publishing website Shōsetsuka ni Narō. The series is composed of 265 chapters starting on February 7, 2015 and ending on September 3, 2017. The series was popular and had over 145 million page views

Starting in November 2015 Fujimi Shobo began publishing a light novel version of the series on the light novel Imprint Kadokawa Books. The light novel series was completed in December 2018 with eight volumes. The series was popular in Japan and sold approximately 500,000 copies. Seven Seas Entertainment has also licensed the light novels, with the first volume released in print in July 2021.

A manga adaptation of Accomplishments of the Duke's Daughter by Suki Umemiya began publication on Kadokawa Shoten's Young Ace website Young Ace UP starting on December 22, 2015. The first volume of the series was released the following year on September 10. The series is licensed in English by Seven Seas Entertainment and the first volume was released on August 7, 2018.

Anime News Network reviewed the first volume of the manga adaptation and gave it an overall grade of C+, stating that it was an "Interesting take on the genre, Iris's plans are solid, nice cast of characters" but that the "Adaptation feels like a condensing of the novels, not much character work 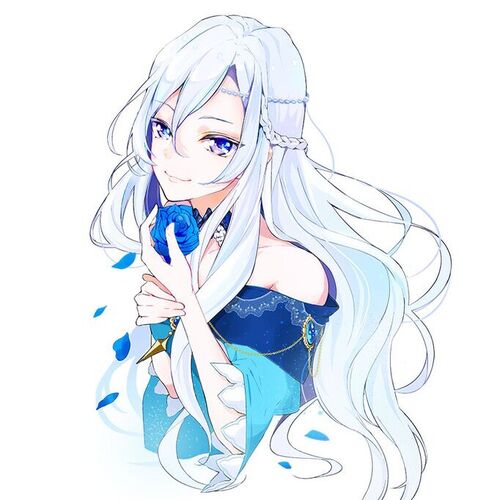